We Are One+Together presents Mr. Gay Syria Campaign for Asylum & “War Within” Film by Zaher Saleh 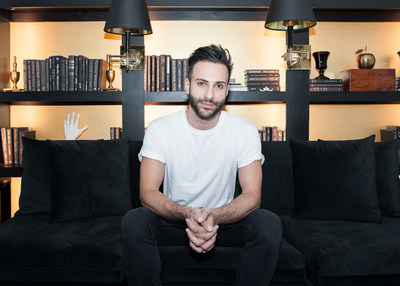 We Are One+Together hope to inspire our community to take a stand with the Mr. Gay Syria contestants by signing our petition urging the Immigration, Refugees and Citizenship Canada (IRCC) and the U.S. Citizenship & Immigration Services to take swift action and accelerate the process of granting the five courageous contestants asylum. The petition can be accessed at https://www.change.org/p/grant-mr-gay-syria-contestants-asylum-wearemrgaysyria.

To announce the initiative We Are One+Together present the short film, War Within (04.10 min), directed by Palestinian, American director Zaher Saleh as part of the We Are One+Together film series. The film tells a very personal story of a gay Muslim man’s struggle to reconcile his sexuality with his faith, his longing for acceptance from his family and the journey to self love and acceptance.

This announcement of the non profit’s social initiatives: the Baytee One+Together Center (a center providing social services and health referral targeted towards LGBTQ Middle-Eastern Muslim and Arab teenagers and young adults and the Mr. Gay Syria Campaign comes as part of the celebrations of Pride Month and NYC Pride.

About Zaher Saleh:
Zaher Saleh was born in Lebanon to Palestinian refugees and raised in Canfield, Ohio where he spent his summers as a teen with relatives, eventually attending high school and college there. Although he rose to fame in the Middle East, Saleh’s ascent into pop stardom began in Ohio.  While attending Youngstown State University on a whim he sent an audition tape for the Arab language version of hugely popular pop music talent contest “Star Academy”, in Beirut. Saleh placed in the top five and, unlike many reality TV contestants, he went on to even greater success releasing both English and Arab language hits in the Middle East. Saleh is now poised to bring his talents as a musician and a director to American audiences.  As a director, Zaher has been honing his craft working on various directorial projects, and the film War Within, produced by Derek Anderson, certainly exemplifies his undoubted devotion to creating that crosses boundaries, and unites people.

About We Are One+Together:
We Are One+Together is a non-profit movement focused on bringing people together by celebrating our differences. Together we can inspire positive change with authentic action, collaborative celebration, and unconditional unity. That’s exactly our commitment: We celebrate you. We celebrate us. We celebrate One+Together. From massive world-wide celebrations to small-scale private acts of kindness, our strategic focus centers around bringing people together. Think about it. If we as individuals focused on claiming our own brand of unique, we can inspire others to do exactly the same. Together we can advance society, accelerate global cause impact, and We’re a non-profit movement with boundless appreciation and acknowledgment of every single person. WeAreOneTogether.org was born from the steadfast commitment of Zirkova One+Together vodka.